I was really sick for a few weeks after my last post and then we flew off to Italy, so the blog has been a bit neglected. I have so many ideas in my head that I need to get down on paper...or screen soon!

So most of you know that last week my sister and I were in Italy...ah the land of pizza & pasta & all things delicious 😋😋😋. This was all because my dear hubby thought that I needed a break from life and the kids and how right he was! So we planned it quickly and off we went.

We arrived in Venice early on 5 August, Florence in between, and departed from Rome on 12 August...and it was all days filled with glorious food, magnificent sights and rich history.

I ate & ate & then I ate some more...but once you see some of my pics, yeah, you would have probably done the same!

Honestly, there wasn't a single bad meal that I ate in Italy. Most meals were simple - even in the fancy restaurants - and that's actually what authentic Italian meals are all about. It's about seasonal, fresh ingredients and keeping it simple. My only gripe is the lack of fresh chilli for me to add to my meal. I like spicy 😂.

Italians actually cook their pasta very al dente and it was such a treat to have fresh pasta being the norm. It was outstanding and I ate as much of it as I possibly could without feeling ill.

In Florence we had fresh pasta with fresh black truffles and honestly it was one of the best pasta's I've ever eaten in my life! It was actually the first time that I had eaten a whole serving of pasta in one sitting...yes it was that delish and the fact that it cost me 20 euros...which is a LOT of ZAR for one portion...Anyway...

That is until we got to Rome and I ate a Gorgonzola pasta! I swear my taste buds were singing. My sister even ate some of mine.

I could go on and on, but Italy was a proper carb fest and I am struggling to choose a favourite dish and my jeans are definitely complaining about it this week 😂😂😂

I will share more of Italy with you as the days pass, but for now, I leave you to salivate over some of the pasta dishes I had 😍 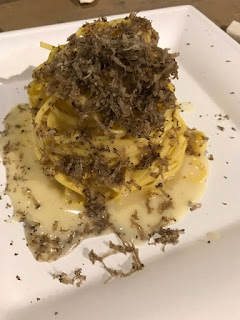 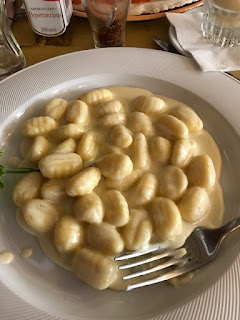 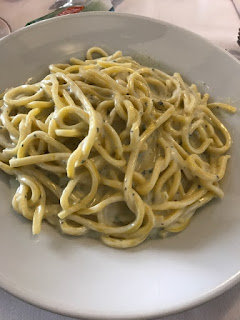 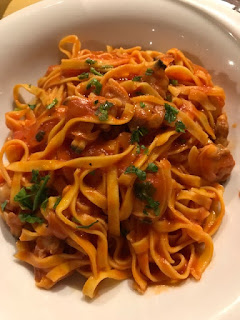